After fry move to the open ocean their pathways become very diverse. They may spend several months in estuaries along the shoreline or move directly into the open sea, traveling up to 60 km. from shore, In either instance they quickly form into schools as large as hundreds of thousands. It is generally thought that schooling behavior is an anti-predator defense as the mortality rate for pinks is greatest in the juvenile stage. The main predator at this stage are thought to be juvenile Coho salmon.

Pinks are opportunistic feeders in open ocean or on sea beds. They feed mainly in daylight hours. In shoreline areas they prefer plankton. Juvenile pinks increase in length about 1 mm. per day over the first three months.. As they reach four to five cm. in length they congregate in offshore areas. They have now developed into the smolt stage and start collecting into smaller schools of 500-2000. The migration of pinks begins in July. They move rapidly from Strait of Georgia northward along the northern British Columbia coast and southeast Alaska. This is a similar route to juvenile chum and sockeye salmon. Scant reports indicate that the pinks travel up to 1800 kms. , mainly bordering the continental shelf. It appears they are guided along this journey by ocean salinity, celestial clues as well as water temperatures. During this time their diet changes largely to zooplankton.

Knowledge of general offshore distribution of pink salmon is limited. An international team of scientists spent a month in early Spring 2019 aboard a research trawler in the north Pacific. They spent this time trawling for salmon to conduct DNA testing to identify where the fish hatched and use the data to estimate the abundance of various salmon species. The 21 researchers hail from five salmon producing countries in the Pacific Rim—in a circle along Canada, South Korea, Japan, Russia and U. S. The expedition is in collaboration with THE YEAR OF THE SALMON, a five year initiative spanning the Northern Hemisphere to raise awareness and improve understanding of salmon conservation..

Pinks migrate in a counter clockwise direction along the northern BC and Alaska panhandle coasts. Marine migration appears to be similar to both odd and even year cycles of pink salmon. It appears that pinks overwinter in more southern, warmer waters than sockeye. Pink salmon may take a direct route to their spawning streams or a more prolonged route paralleling the coast line. During this return journey they will travel 10-20 kms. per day.

While pinks have the shortest life span of all pacific salmon, they are among the fastest growing. Entering the estuary as fry at 3 cm. in length, mature adults return 16 months later at 50 cm.. Generally odd year pink salmon are larger than even year. This is likely due to genetic differences in the two groups. Overall marine mortality appears to be increasing with returns dropping from 5% to 1- 2% in recent years. There are likely several factors contributing to this.

As the pinks return to their birth stream they show a higher incidence of straying. Two years ago our numbers on Nile Creek dropped dramatically as they travelled to Big Qualicum River to spawn. Why? Who knows! The extent of pink salmon straying is up to 10%. A unique feature of pinks in many streams is a two year cycle dominance. There are many hypothesis put forward to explain this; but no clear cut explanation.

“Salmon don’t grow on trees, but trees grow on salmon” The story of salmon, bears and trees illustrates the interconnected web of life and has aptly spawned the name THE PACIFIC SALMON FOREST! This story begins not with the seiner’s net brimming with thrashing salmon , and not with a bright red fillet on the dinner plate, although these are essential parts of the story.

It begins deep in the ocean where millions of salmon grow and feed, taking in ocean nutrients, such as nitrogen and phosphorus. When their sea time is up, salmon return to the place of their birth to give birth, and to give their lives to the next generation. The bodies of spawned out salmon fertilize the stream and help to provide food for insects and micro-organisims, which then nourish the young salmon after hatching.

This story also begins with raucous crowds of seagulls gorging on salmon eggs and with black bears meandering up Nile Creek and Allan Channel. Cutthroat trout and other small fish search aggressively for loose salmon eggs, When spawning salmon come up the creek, their bodies in one way or another feed an entire ecosystem— including black bears, sea otters, mink, marten, eagles, vultures, ravens, crows, shorebirds, and small insects. This crowd leave nutrient rich droppings in the forest. It is estimated that this transfer of nutrients from ocean to creek to woodlands provides 24% of the total nitrogen to these woodlands. In land of thin, relatively poor soils, these nutrient packets brought from the ocean by salmon are important to the life of the forest.

This is also a story of reciprocity , for the forest in turn provides the right conditions for millions of salmon eggs to hatch and for small salmon to grow, until they eventually migrate downstream into the ocean.

100% of every dollar you donate to Nile Creek Enhancement Society is used for the enhancement, protection and maintenance of habitat for salmon and their ecosystems. 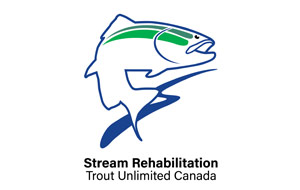